It’s impossible to put into words how I felt the first time I saw Mt. Fuji in all its splendor. If the weather is good and it’s the right time of year – in other words when there’s still plenty of snow on the peak – then it is simply stunning. It can of course impress at anytime of year and at 3776m it is easily Japan’s highest peak. Mt. Fuji is understandably revered throughout the country for it’s beauty.

In summer and autumn it is possible to cycle around Mt. Fuji (富士山) and witness stunning views from both the Yamanashi (山梨県) and the Shizuoka (静岡県) sides as well as take in some, if not all, of the Five Lakes (Fujigoko / 富士五湖) – Kawaguchiko (河口湖), Yamanakako (山中湖), Saiko (西湖), Shojiko (精進湖), and Motosuko (本栖湖). Caution is obviously advised for winter and spring as there will still be plenty of snow on the slopes.

At approximately 125km and 2000m of climbing the trip can generally be done within a day, or if you want to ride more leisurely spread out over two days. 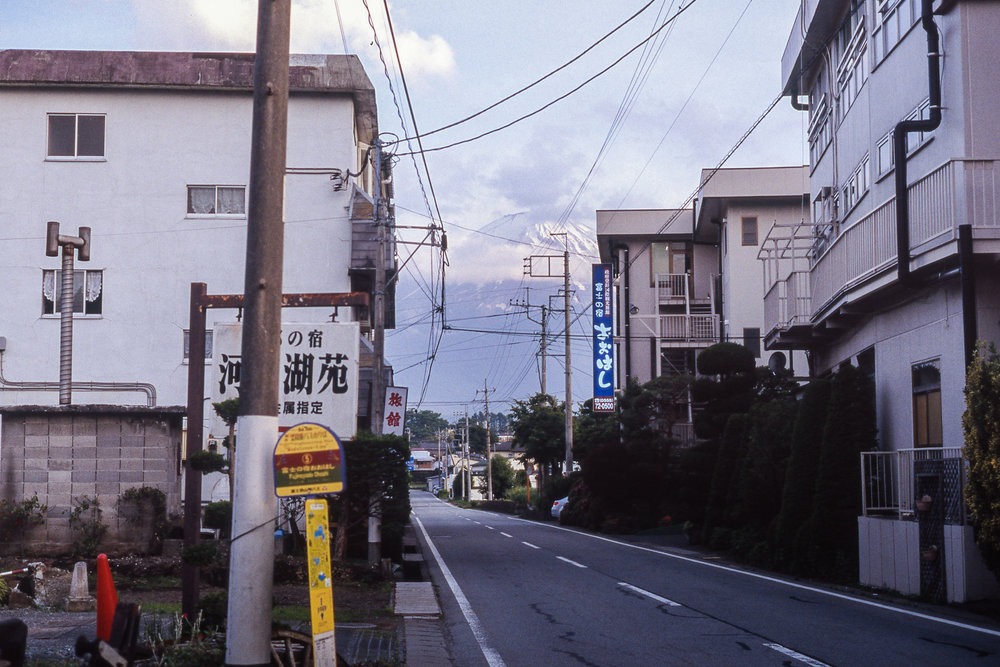 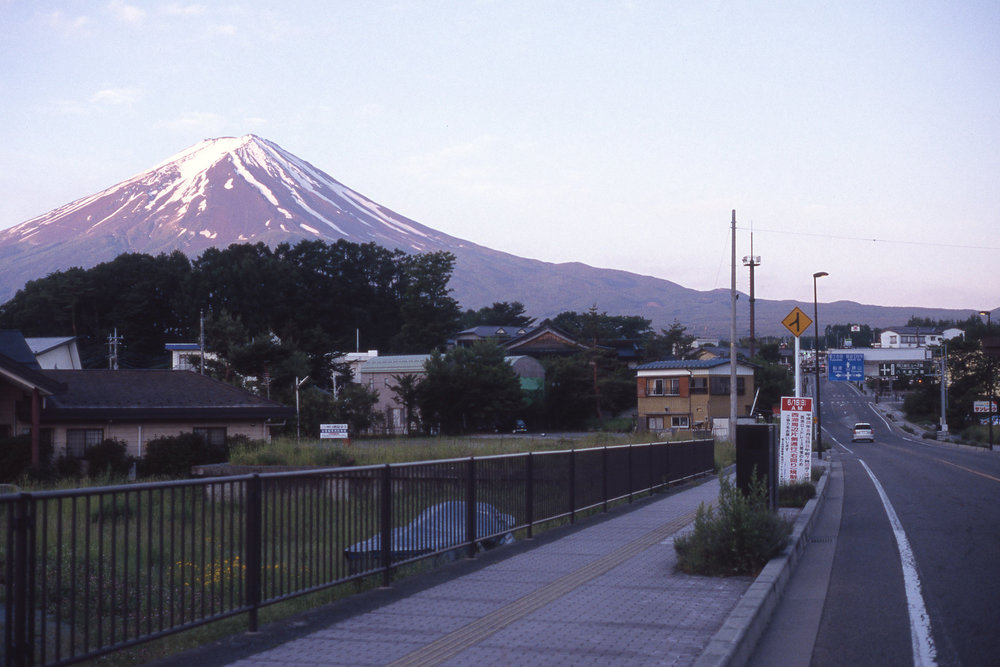 When I did the trip in June 2014 I skipped Lake Shoji and Lake Motosu due to time restrictions but did cycle around Kawaguchiko, Yamanakako and part of Saiko. If you’re feeling particularly brave you could also attempt to climb one of the three climbs that go directly up the volcano – the Fuji Azami Line (ふじあざみライン), the Fuji Skyline (富士スカイライン), and the Fuji Subaru Line (富士スバルライン). Be warned, none of them are easy, with the infamous Fuji Azami Line on the eastern slopes feared the most among cyclist in Japan. Also worth a mention is the equally infamous Aokigahara Forest (青木ヶ原樹海), otherwise known as suicide forest which is on the northwest slope near Lake Motosu on R71. The route below, however, steers clear of R71 as it’s a particularly busy and dangerous road and instead uses the R139. 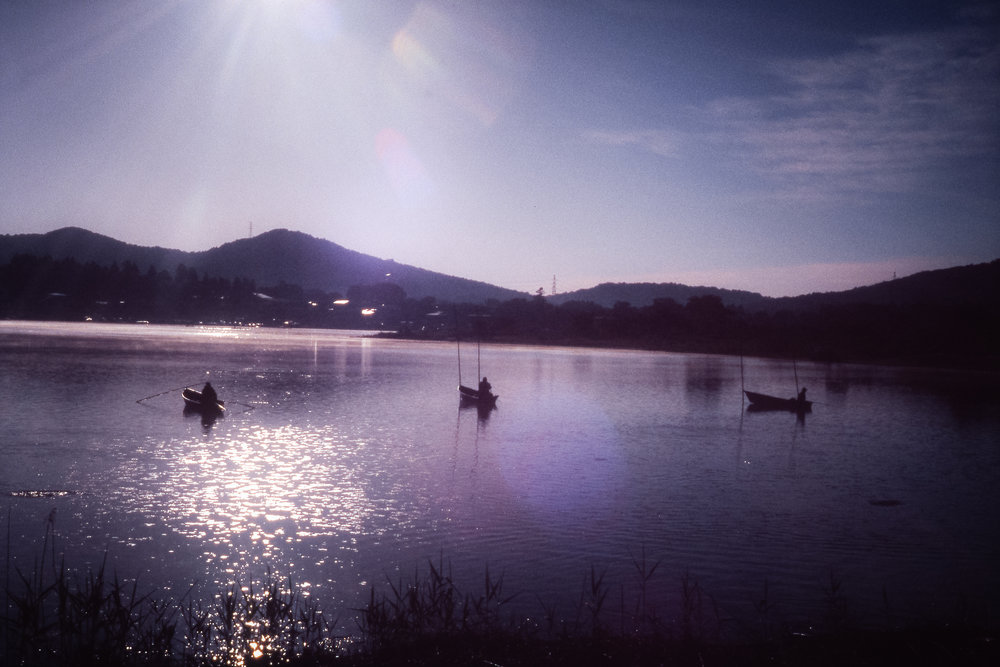 Overall it’s a fairly straightforward route but if you start from the campsite at Lake Kawaguchi then it’s probably best to start early to avoid all the tourist traffic that can build up in the area throughout the day. Starting early also means you’ll catch some of the wonderful early morning light which is always worth considering if you want to improve your chances of capturing some great photos.

On the south slope you’ll ride from east to west along the Fuji Skyline (R23/R152/R180) which is a long steady climb that cuts directly through a Japanese Self Defence Force base. The last convenience store along the road is here (7/11 Gotemba Takegahara) and as it’s a fairly long way to the next store at the base of the descent on the other side, make sure you have enough food and drinks to get you up the climb. There were drinks machines further up the road however.

The campsite is under the bridge that runs north to south over Kawaguchiko and is aptly named Lake Kawaguchi New Bridge Campsite (河口湖ニューブリッヂキャンプ場). It’s a basic campsite with a friendly owner. There are plenty of restaurants and shops nearby so stocking up on food or eating out will not be a problem.

Link to route on Ride With GPS – This is a new upload because I’m not sure what happened to the other version. I don’t know if it was deleted by RWGPS because it was a few years old or some other reason. This file is the unedited version of the ride I did with a few wrong turns etc. included. Please check it carefully and edit your own version.

Want the files for any of our routes? Get in touch and we’ll be happy to send them.

This site uses Akismet to reduce spam. Learn how your comment data is processed.